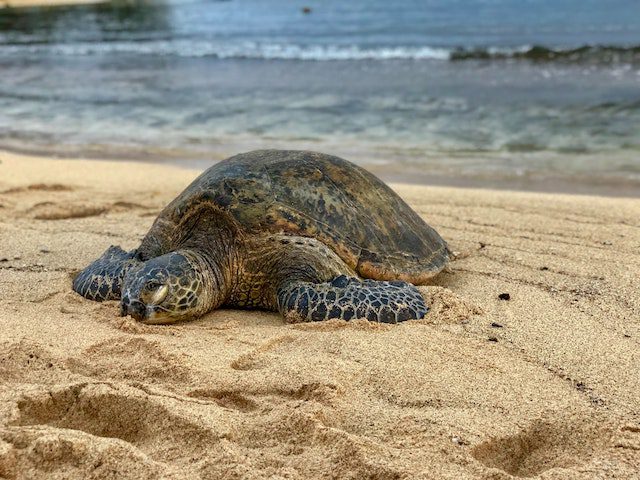 Do you worry about the meaning of your life?

Are you conscious of time marching on, feel pressure to ‘do something’ yet don’t know what you want?

Do you wonder how you can find your passion? Question what you really value? Feel uncertain about your purpose and what you want to achieve in life?

One of the most regular questions that my clients want to explore is how they can make their life more meaningful. As human beings we are predisposed toward wanting control in our lives including over the direction and meaning of our lives yet for many achieving this can feel at best overwhelming and at worst near impossible.

When thinking about the meaning of life I can’t help but bring to mind a few fictional characters. I want to share three of these and reflect on what we might draw from them.

In George Eliot’s ‘Middlemarch’, Dorothea Brooke thought she knew what was to give her life meaning. For her it was about religious elevation, living a life as close to the divine as possible.

She thought this meaning could be realised through marriage to the pious, wise and worthy Mr Casaubon. She considered him a man who understood the higher inward life and from whom she could attain spiritual communion.

She also admired and honoured his intellect and learning, thinking she could absorb knowledge from him while at the same time be useful to him in his great mission of writing and disseminating his knowledge. Through him, there was the potential for good as well as to immerse herself in the divine, rendering her life effective rather than trivial.

Sadly, although Dorothea knew what would give her life meaning, she was deluded as to her means of achieving this. Perhaps because she was so full of humility herself and lived in an age when the patriarchy was fully dominant, she allowed herself to be duped by Mr Casaubon’s reputation.

She slowly became aware of his procrastination and resistance to actually putting down his ideas on religious history and making them public. Such was his hesitancy that others had already published similar ideas way ahead of him.

The man whom she believed to be so worthy was actually riddled with self-doubt and prone to jealousy, mistrust and sulks. He was cold, distant, bitter and withdrawn.

Dorothea gradually realised that he wasn’t what she thought he was. She lost belief in him and her life became meaningless.

After his death, and with time, it is Dorothea’s strength of character, her honesty, authenticity, determination to do the right things, stand up for justice, and use her money to invest in causes she believes in – such as a hospital and housing – that give her life meaning.

As George Eliot herself concludes in Middlemarch, the world can become a better place just through the everyday graciousness, compassion and thoughtfulness of people who will rest in unvisited tombs but nevertheless their having been alive touched the lives of many others in a positive way. What we might refer to today as the ripple effect.

Another character that comes to mind when thinking about the meaning of life is the butler, Mr Stevens, in Kazuo Ishiguro’s ‘The Remains of the Day’. Like Dorothea, Mr Stevens was also confident of the direction he wanted his life to take. For him meaning was about service and duty. He knew his place and was proud of it.

As butler to Lord Darlington (I really love the use of the word ‘darling’ in Lord Darlington’s name) his mission was to be loyal, dutiful, imperturbable, almost invisible. Lord Darlington came first even to the extent of not visiting his dying father because he believed his duty was first and foremost to his employer.

Throughout his life, Mr Stevens kept to his place and maintained a certain dignity and professionalism in so doing. He lived his life intentionally, according to what he believed in.

Yet, as he neared the twilight of his life, he regretted his decisions. He regretted that he devoted his life and maintained his unquestioning loyalty to a man who turned out to be a Nazi sympathiser; to a man who was unworthy of devotion.

Mr Stevens recognised that he may have achieved his goals but this was at a cost of intimacy. In fact, his prim, repressed, formality prevented him from really experiencing life to its full. In his world there had been no room for emotion, intimacy or compassion.

Dorothea, at least, got a second chance at meaning. Mr Stevens woke up too late.

In contrast to Dorothea and Mr Stevens, who both thought they knew what they wanted, Ivan Ilyich in Leo Tolstoy’s classic ‘The Death of Ivan Ilyich’ went through life without consciously thinking about its meaning at all. Instead, he sleepwalked through his life doing what was conventionally expected of him without giving it a thought.

He qualified as a lawyer, got married, had a family, bought a house worthy of his status, but all in a kind of stupor. Like Mr Stevens, Ivan did not allow himself to experience real intimacy or mutually affirming relationships.

He was distant from his wife and family, going through the motions. Shallow, self-interested and materialistic when he is confronted with the reality of his own death, he knows he cannot go back.

Tolstoy also offers us the character of Gerasim, who nurses Ivan, and who is depicted as authentic, not afraid of death because he is living a meaningful life by giving to others.

He is compassionate, empathetic and humble, willing to serve because to serve is valuable in itself and not simply a means to an end. His relationships give joy to his life and he is at peace with himself.

Sometimes I wonder whether we expect too much of ourselves in this respect, setting high targets on what a meaningful life is.

Also some of us, like Dorothea and Mr Stevens, maybe think we have it sussed and live according to a particular set of values only to regret it afterwards, or at least for it not to be quite as fulfilling as we might have hoped.

Maybe our takeaway from these examples is that we could think less about the meaning of our lives and more about enjoying the journey, appreciating what we have every day rather than aspiring to some great goal in the future.

Perhaps it’s good to have some goal/plan but not at the expense of trampling over the present.

In conclusion, perhaps we should feel less pressure to consciously have a meaning to our lives and instead do today really well, do our best.

For this reason, I tend to like Elizabeth Gilbert’s* philosophy of slowing down, being silent, still and curious, taking small steps, trying something new, taking time to reflect on the small steps and new actions and building from there.

My next article will outline a framework for achieving this

*Journalist, writer and author most famously of Eat, Pray Love.

With a background in HR and psychology, since 2011 she has been helping professionals and students find direction and thrive in their careers and life.

We use cookies on our website to give you the most relevant experience by remembering your preferences and repeat visits. By clicking “Accept All”, you consent to the use of ALL the cookies. However, you may visit "Cookie Settings" to provide a controlled consent. Read More
Cookie SettingsAccept All
Manage consent

This website uses cookies to improve your experience while you navigate through the website. Out of these, the cookies that are categorized as necessary are stored on your browser as they are essential for the working of basic functionalities of the website. We also use third-party cookies that help us analyze and understand how you use this website. These cookies will be stored in your browser only with your consent. You also have the option to opt-out of these cookies. But opting out of some of these cookies may affect your browsing experience.
Necessary Always Enabled
Necessary cookies are absolutely essential for the website to function properly. These cookies ensure basic functionalities and security features of the website, anonymously.
Functional
Functional cookies help to perform certain functionalities like sharing the content of the website on social media platforms, collect feedbacks, and other third-party features.
Performance
Performance cookies are used to understand and analyze the key performance indexes of the website which helps in delivering a better user experience for the visitors.
Analytics
Analytical cookies are used to understand how visitors interact with the website. These cookies help provide information on metrics the number of visitors, bounce rate, traffic source, etc.
Advertisement
Advertisement cookies are used to provide visitors with relevant ads and marketing campaigns. These cookies track visitors across websites and collect information to provide customized ads.
Others
Other uncategorized cookies are those that are being analyzed and have not been classified into a category as yet.
SAVE & ACCEPT